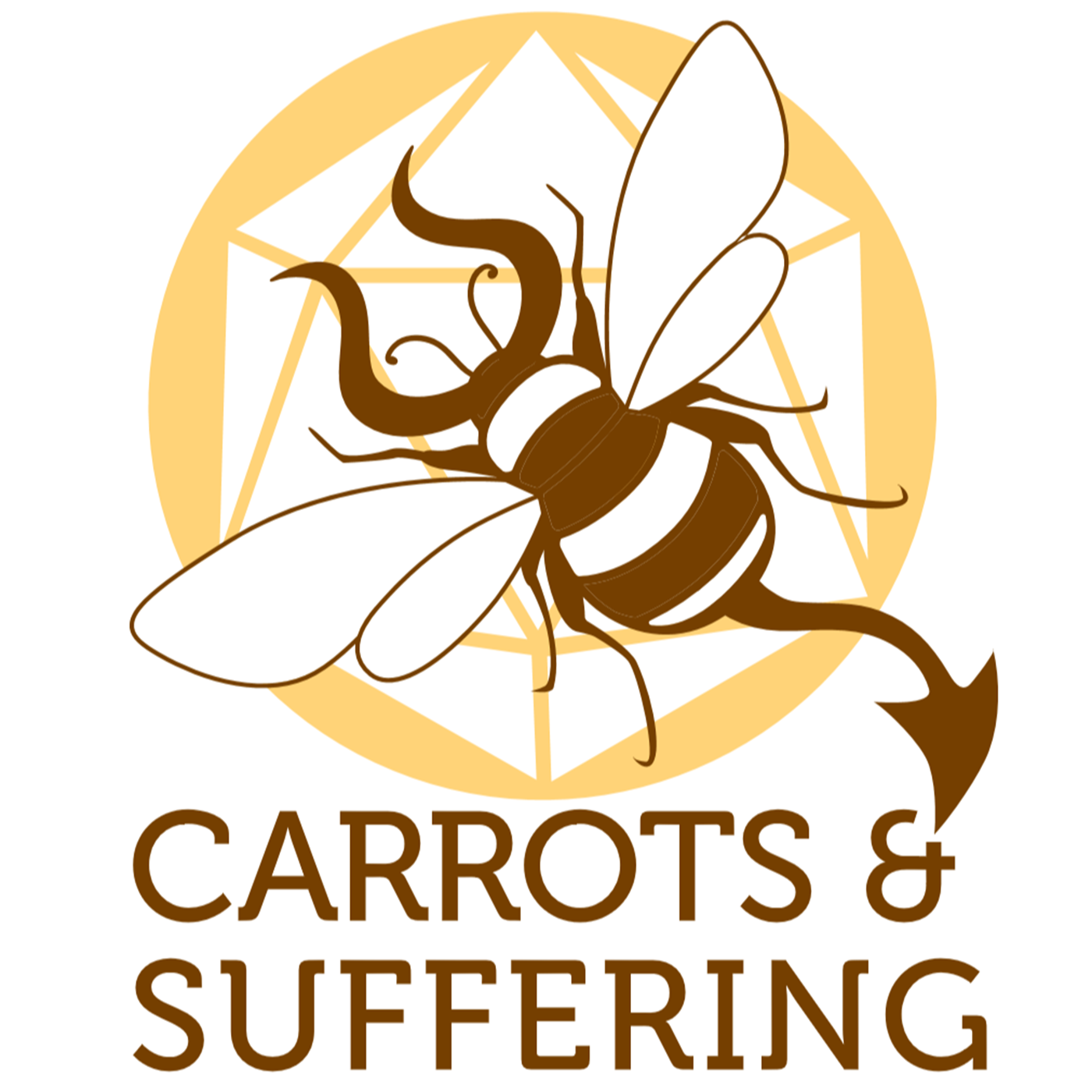 Carrots and Suffering: A D&D Odyssey

# Carrots and Suffering: A D&D Odyssey **An actual play intrigue campaign podcast featuring D&D 5th edition, by 4 friends from Portland Oregon** Campaign 1: The ancient kingdom of Fenrir, blessed with prosperity from the ...more

# Carrots and Suffering: A D&D Odyssey

Campaign 1: The ancient kingdom of Fenrir, blessed with prosperity from the queen of fairy for a millennia, has fallen. The once bountiful forests are teeming now with thorns and monsters. Each prick of the brambles&#39; poison turns man into beast, one drop at a time. For over a lifetime now, the kingdom has struggled to remain alive under constant siege from without and from within. Three little maidens from finishing school, trained in the arts of dinner etiquette, with a touch of magic and steel, gather their wits and step into the cutthroat world of adulthood. Join Sylpha Lunari, the bookish but courtly wizard with moth-like features; Sable Mirkwood, the young and naive druid whose very touch sickens like the flesh of a poison frog; and Jaelen, the trained but idealistic assassin, whose skin shifts like the chameleon with her every emotion. Tag along with our heroes as they enter a world of intrigue, adventure, and magic. Can they change the world they inherited, or will it change them?

Notes: All the curse words; English language; Medium level of mechanical adherence; Once or twice a month posting.